Five Pink Foods That Are Good For You

As we celebrate Pink! month at Lantern Club in support of BreastScreen NSW, there are a number of pink foods being paraded around. And it’s no surprise that many of these are desserts. So keeping our paunches in mind, we’ve put the cakes, donuts and cupcakes to the side. We’ve found five foods straight from nature that are not only pink, but great for your health as well. Because at the end of the day, our Pink! campaign is about promoting healthy living. Nutrition is a big factor in the quest to prevent illness like cancer from taking hold.
As they say, you can’t improve on nature. Here are five foods that are naturally pink as well as nutritious!

The beetroot is much loved in Australia and is frequently found in our salads, hamburgers and sandwiches. Beetroot is packed full of good vitamins and minerals like folate, manganese, potassium, iron and vitamin C. While the bulb is the more commonly eaten part of the plant, the leaves are also great for the cardio vascular system. The nutritional value of beetroot can help fight against coronary artery disease and stroke, lower cholesterol levels and can even have anti-aging effects. Rhubarb is a herb native to Siberia, but in the western world it’s more famous for its role in desserts like pies. In contrast, in its raw form it actually has plenty of nutritional value. Rhubarb has a very low calorie density, which is useful for those wanting to lose weight. 100g of rhubarb has just 21 calories or 88 kilojoules, and has almost zero fat. It contains dietary fiber, poly-phenolic anti-oxidants, minerals, and vitamins. Vitamin K is also found in this healthy little plant, and is important for supporting bone health. 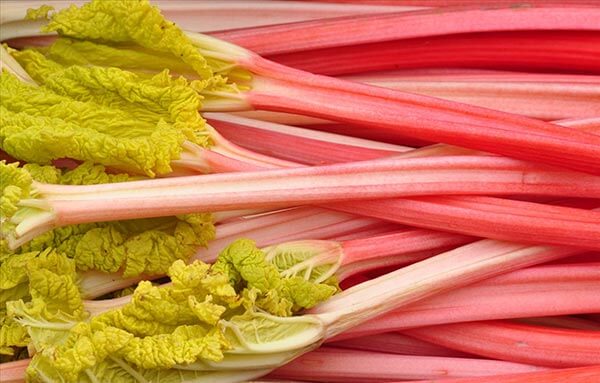 It comes as a surprise that the berries of the flowering plant called fuschia are actually edible. There are over 100 varieties of fuschsia and they are native to Central and South America. A small number can be found in New Zealand, Tahiti and on Hispaniola. The beautiful flowers of this plant are very popular in Bolivia and Peru. Fuschia berries are quite commonly made into jams. And for your health, these berries are high in anthocyanin, which is a type of antioxidant. As you might know, antioxidants are an important way to fight free radicals that can otherwise cause damage to our bodies. While leathery and rough on the outside, inside lychees have a beautiful sweetness and a flavour quite unique from other fruits. As a result they have become a popular ingredient in a number of cocktails. Lychees are used as medicine in some cultures. A fruit not to be taken lightly, lychees actually have more vitamin C than oranges. They also have disease-fighting flavonoids and quercetin which is a powerful antioxidant that can help fight heart disease and cancer. The only downside is that they are quite high in natural sugars – so enjoy them in moderation! While dried fruits have had quite a bad rep because of their high sugar content, dried berries can actually have a number of benefits, including serving as a great sugar replacement. They also last longer than berries in their natural form, which often makes them cheaper to buy as well. Some great dried fruits in the pink category include cranberries, lychees and even tomatoes! When you’re done stocking your kitchen full of healthy Pink! foods and fruits this month, have a look at other ways to join the pink festivities in our calendar of  themed events. The collective goal of all these activities is to promote breast cancer awareness and prevention in our local Canterbury area.
© Lantern Club, Roselands